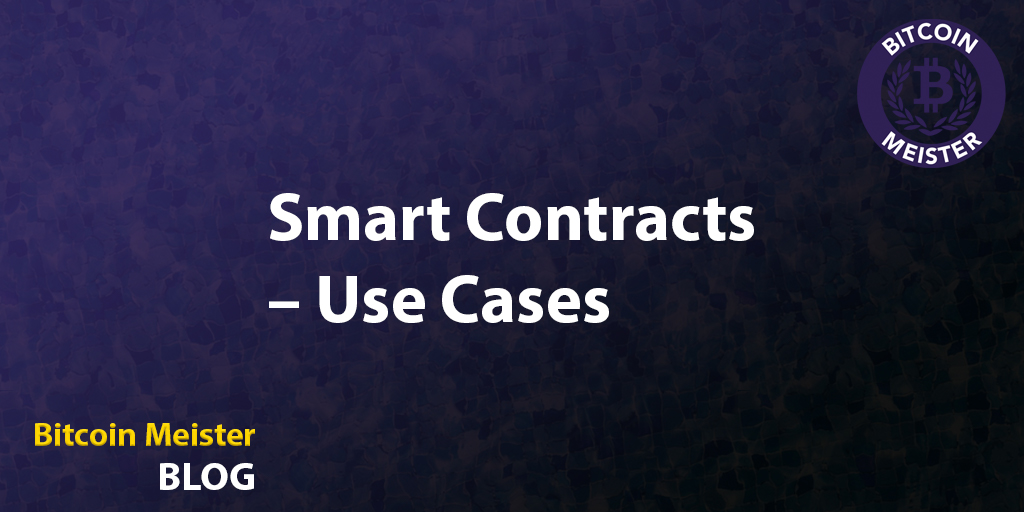 Here is the last article of my 3 articles series about Smart Sontracts.

Find the first one here : Introduction

And the second one on this link : How do they work ?

For this 3rd and last article, I’m going to present you a non exhaustive list of possible use cases. Some examples I’m going to enumerate, are already used, or are operational)

As said in the second article, the simplest way, if not the most known (although we don’t necessarily know it). But the Payment Terminals and the Vending machines, which 2 things work through Smart Contracts

For the moment, they (the Smart Contracts) are not exploited to their full potential. They can be used for various things, cases of figures, transactions, etc.. but essentially in the domains that touch all forms of finance.

Among the cases of use, we can find :

The World of Cryptocurrencies

Smart Contracts (although created in 1994 by Nick Szabo) are the backbone of the Ethereum Network (appeared in 2015). They are used for everything that passes on the Network, from the simple transaction to the Creation of Cryptocurrencies/Tokens, nothing is done without Smart Contracts

ICO (Initial Coin Offering) are also a creation through Ethereum, it is the creation of Tokenized assets, to create ERC-20 Tokens, to then organize a fundraising, a Token presale or a Token distribution

The simple sending of Cryptocurrencies from one Wallet to another, in any case goes through a Smart Contracts, just like Decentralized Exchanges (DEX) can only work through Smart Contracts.

Imagine that you want to take a plane, to go on vacation, or simply on a business trip. You subscribe to a ‘Delay Insurance‘ which stipulates that if your plane is more than 2 hours late (120 minutes) your ticket is refunded at 100%. Thanks to the Smart Contracts, it will not be necessary to make a claim with the airline, because the Smart Contract will activate itself and you will be reimbursed as soon as possible

Let’s say that on train transportation this applies as well, we could see this case scenario:

This kind of insurance could also precisely allow airlines and railways to think much more about respecting the posted schedules, to avoid losing money. And as for the customer, it will avoid tedious procedures to (be able to) get a refund.

A microphone records a music as soon as it is played in a store, a bar, a restaurant, a nightclub, or a private party. Then it identifies it on the Blockchain, and proceeds to the automatic payment of the rights, directly to the artist or artists (according to the % defined in the Smart Contract)

The advantage in this case for the artist, is that he can also define the amount of his rights, let’s say he doesn’t want to charge a newly born streaming platform, or if he wants a charity event that broadcasts his music not to have to pay the rights on the works, and that the event uses this money saved for a good cause, etc.. The cases of use could also be unlimited.

Putting an end to tedious procedures, and third parties taking your hard earned money, YOUR money. We could witness the suppression of Banks, Lawyers, Real Estate Agents, Notaries … and thus save a large amount of money. Because since everything happens on the Blockchain, everything is done in full transparency, Trustless, and without the need for a Trusted Third Party. So in the long run this could also lower the cost of real estate.

Apart from the possibility of transferring patient records, which is already practiced by Encrypgen in the United States, whose co-founder, David Koepsell, explains:

For individuals, the Blockchain will be a safe place to store their genetic data. Individuals will be able to open up access to their data to the medical professionals of their choice, and will be able to choose exactly which parts of the genome they want to share. It will also be possible to trace the use of the data, which is associated with a unique signature. For their part, researchers will be able to access the metadata (not the genetic data itself) and conduct searches on profiles whose data might be of interest to their work. They will be able to make requests; individuals matching these profiles will authorize or not access their data and will negotiate the terms of eventual payment.

There is a use case that I find equally interesting. It is the Decentralization and Increased Traceability of Organ Transplants.

But this could also apply to prescriptions, medical treatment monitoring, monitoring and control of reimbursement benefits, surgical interventions. Or to go even further, to fight against the counterfeiting of medicines that are pouring into all countries, and drastically reduce the number of 700,000 deaths per year, according to the WHO, caused by these fake medicines.

Renting a house or an apartment, no matter how long it is, could just as well be done through dApps and Smart Contracts, which first of all will reduce the management fees imposed by the market leaders.

Let’s say you want to rent your house, you register it on the Blockchain, mentioning the availability, the price, the conditions, in full transparency, because everything will be mentioned on the Blockchain. As soon as your payment is made, we could imagine that you can unlock the lock of the accommodation thanks to a dApp on your Smartphone, for the paid duration.

We can also apply this to any type of rental, Bicycle, Car, Washing machine …

Enable the automatic management of salaries in a simple and reliable way, for a saving of time, but also of money. Each employee will be sure to be paid at its right value and especially at the agreed date.

But this can also apply to the validation of the Company’s accounts, which will save a lot of time and money, because there is no need for an accountant to do this work, and considering that they are human and can be biased and potentially corruptible (in the worst case), the use of Smart Contract can solve many problems, by providing quick and clear information

We could also imagine a system of presidential elections, or to a lesser extent, local elections. Each person in age or in capacity to vote, is given 1 Token, which will then be used to Vote for a Candidate.

There will be no more suspicion of double voting, or vote manipulation, because a Voter has ONE address, and ONE TOKEN.

The results of his votes will be revealed at a defined date and time, eliminating the time needed to count the ballots, to count them … This would be the Era of Fair Votes, without trust and much more secure

The possibilities are in theory infinite

As you can see, Smart Contracts can radically change our way of consuming, communicating, but especially living!

The automation of certain tasks, and the securing of our information, will allow to reduce costs in all areas. The list presented above is only a short presentation of examples that can be applied and adapted to Smart Contracts.

What does the future hold for us? Let’s be patient, we will know soon enough. 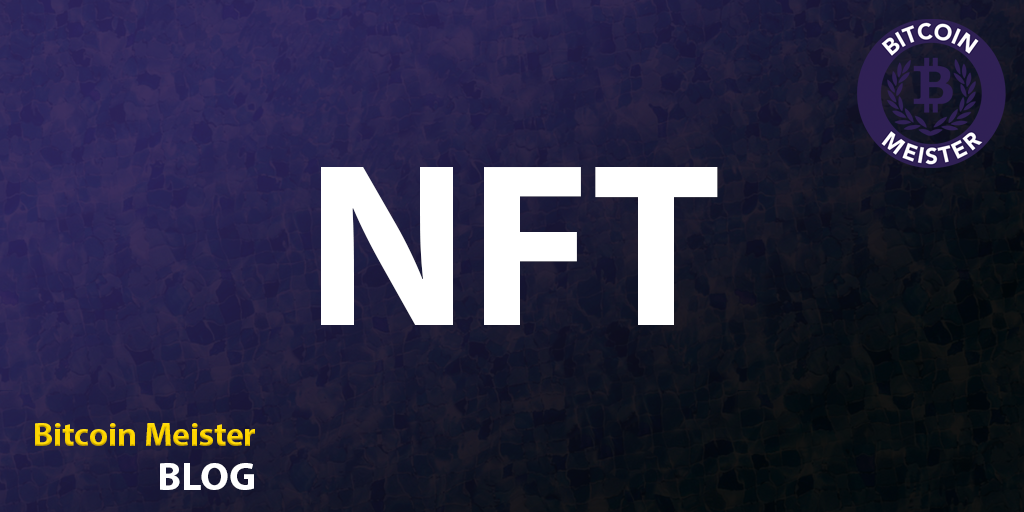 NFT? What are these Non-Fungible Tokens?

Stock issues by our provider and fulfillment in the USA